Today - Café de Concert has become the atelier and concert gallery of the young and multitalented pianist and composer Aksel Kolstad. It took him 10 years to brand this concept and turn it into one of the most original and innovating classical concepts in the world. Here´s the story behind...... The Idea The origin and still driving force behind Café de Concert is to present classical music to a larger audience. The genre has by no means the same appeal as pop, rock or jazz. Creating a more relaxed atmosphere, and not to forget Kolstad´s magical ability to present classical music with humor and showmanship, it all results in a more intimate and fun concert format than the traditional solemn style. The idea that classical music can once again become popular music, the way it once was, is the motivation behind the concept Café de Concert. Classical concerts at cafés – Café de Concert recruits musicians, both students and professionals, to play classical music for the people. The goal is to stimulate as well as strengthen everyone’s interest in classical music. The level of musicianship is high, and with a relaxed, positive atmosphere, between the pieces, it is possible to have a cup of coffee, have something to eat or perhaps talk with the person sitting beside you. Café de Concert is an arena for all creative arts. In addition to musical performances, there are regular arts exhibitions and ballet/modern dance performances directed by CdC. 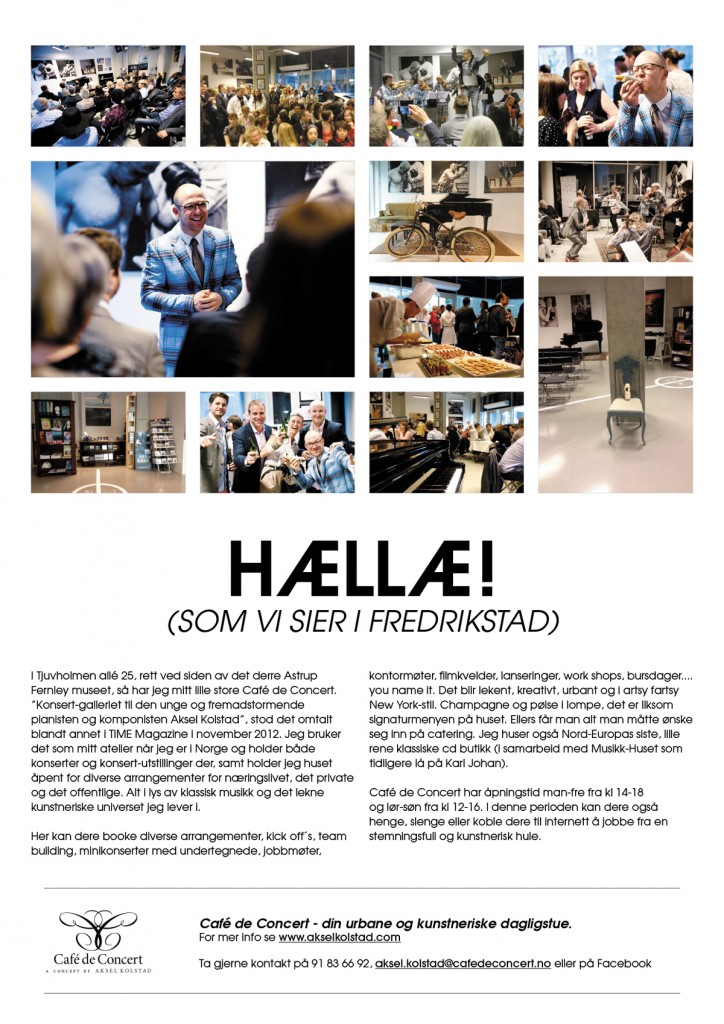 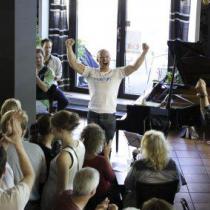 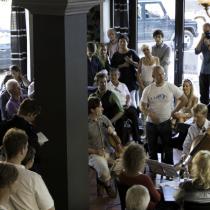 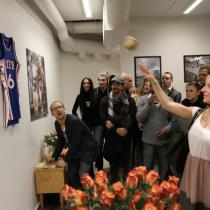 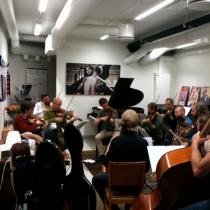 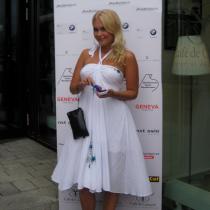 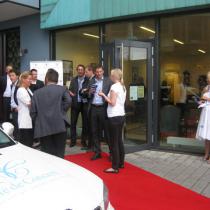 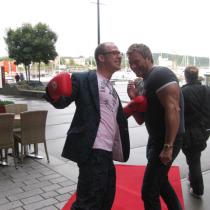 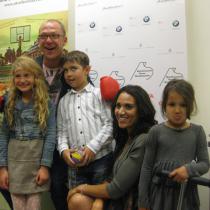 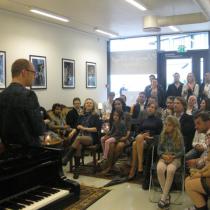 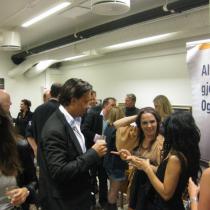 Today, we headed for Roy Arias Studios and Theater and rehersal with dancers for a show on a Norwegian contemporary furniture fair. This is a colaboration between Innovation Norway and Café de Concert, and we're very exited to be a part of the show. The combination of modern dance, beautiful furniture and classical music is just perfect, and we think this is a great opportunity to present Café de Concert for a new audience in the US. 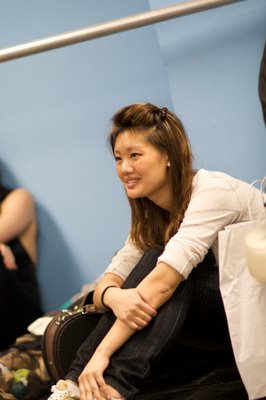 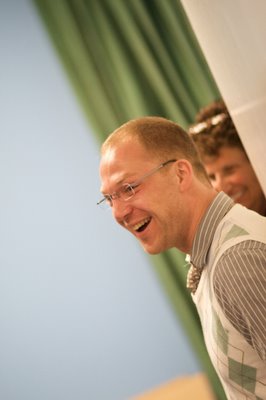 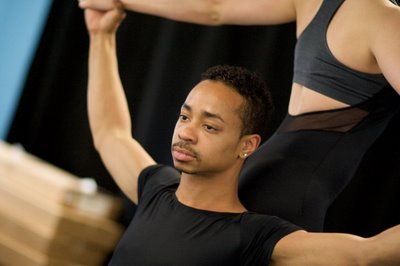 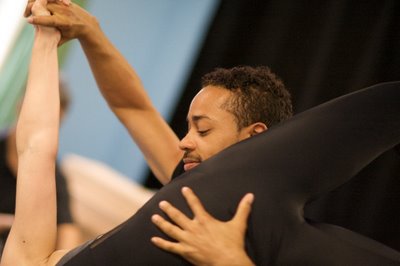 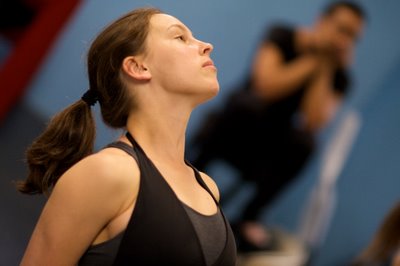 Dancer: Meghan MacAlpine
Yesterday we moved in to a spectacular NYC-JC apartment.
Catharina exclaimed "are you serious!?" about hundred times. That has to be a new record! We all love the place! These gorgeous and spacious apartments is just top notch and it has the best view of the Manhattan skyline ever! Even more exiting is that it's run by the two Norwegians, Jarl Haugedal and Atle Fossdal. Their business is literally taking off and they're just about to open up more luxury apartments. We invited Jarl and Atle and a couple of friends over for dinner to celebrate! It's just breathtaking, guys! You rock!
Be sure to check out their website NYC-JC.com! 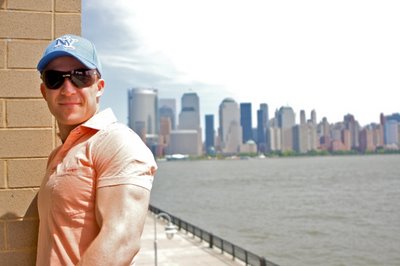 While Michelle was sleeping and snoring like a baby, and Nick was...probably doing the same thing...the rest of the gang, including Christina Wiig (Café de Concerts party-planner and publicity-activist in NY), went training with CdC Boot Camp instructor Odd Roar Jakobsen in Central Park at 9 AM.

We must not forget that Brahms used to be an athlete when he was young and that Grieg loved to hike in the mountains. They were all great sportsmen in music as well as in life. So must performers at Café de Concert be too. It´s time we changed the image of unhealthy and lazy musicians! As there is art in sports - there is also athletism in art! 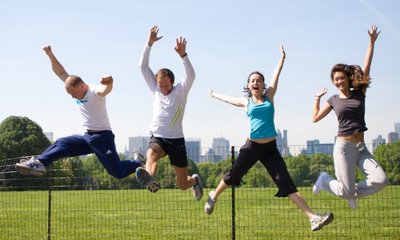 All of a sudden, from out of the blue, several young musicians and students from the Norwegian Academy of Music in Oslo (where Café de Concert started) popped up at the concert last night at Caffé Vivaldi. A venue with amlost every classical composer framed on the wall in the back of the café. What can you say - it´s one of those "only in New York-stories" that happened.

The grand piano was delightful to play on and the intimate atmosphere was extraordiary at this wonderful venue. We are lucky to be performing there again on Thursday at 7.30 PM! 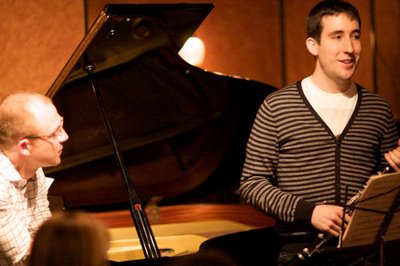 See more pictures from the concert in our media center. 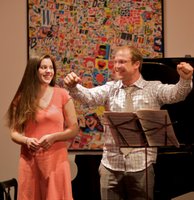 With approx. 80 people in the audience, the concert lobby of the Gershwin Hotel was filled up to it´s maximum. Catharina and Aksel blasted off with the Brahms Scherzo who took the audience by storm.

This was actually the first concert either of the artists ever had played together, still it looked as if they were having so much fun and being totally relaxed together on stage. Michelle and Nicholas also made a fantastic impression on the audience. The relaxed environment combined with the outstanding performances and Aksel's hilarious jokes made the audience connect with the musicians in a very unique way.

The day before the concert, after the piano tuner had finished off and left the Gershwin Hotel, the grand piano got a undefined "click" on almost every key. The tuner wasn´t able to come back to cure the sick Baldwin grand piano before just one hour on the concert day - but thankfully, he succeded, just in time. But something tells us the Baldwin needs a total makeover today..

You can see more pictures from the concert on the media center.


Right now, we're heading off to Caffé Vivaldi where we're performing tonight. We took a detour to take som pictures on Times Square. 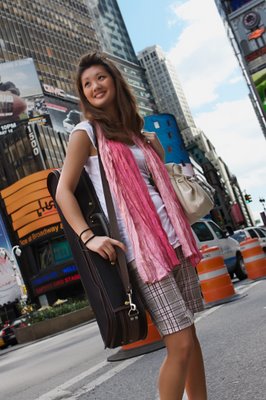 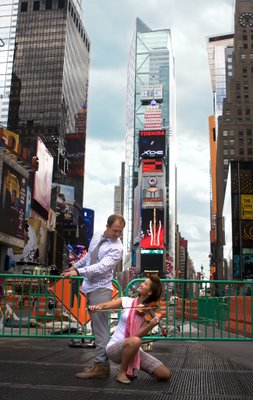 As the days go by, we're getting in pretty good shape for the concerts next week. On wednesday, Aksel and Catharina met up with the talented clarinetist Nicholas Gallas for rehearsals at the Norwegian seamen's church. Thank's for letting us use your facilities, guys!

Nicholas Gallas is a young outstanding clarinettist who just finished his masters degree at Juilliard, NY.
He is performing as a soloist and a chamber musicians and is well know for his Stravinsky and Mozart interpretations.
He will be performing the Brahms sonata in f minor with us on the NY & Washington DC tour.


As the interest of the concept grows day by day, we're excited to have started planning concerts in october, november and december in the US.

We're very excited to play here again and are looking forward to see you all on Monday at the Gershwin Hotel!

Here's some images from the rehersals. 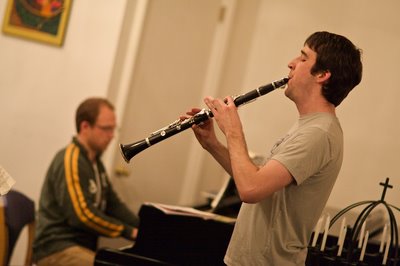 Aksel is as always strolling around the city, enthusiastically inviting people to the concerts and spreading the word about CdC. That's what we call direct marketing!

As we're exploring the US, our Norwegian producer, Marcia Titley is taking great care of business in Norway. Marcia is the latest member of the administration and brings valuable knowledge to CdC.

In Norway today, musicians from Fredrikstad Chamber Orchestra will be performing at Verdensspeilet Café in Fredrikstad at 7 PM (19:00) and Amelie Lied Haga, violin and Christian Hundsnes Grøvlen, piano are playing at Café Frölich in Oslo at 8 PM (20:00) If you're either in Oslo or Fredrikstad, be sure not to miss out on these great musicians. 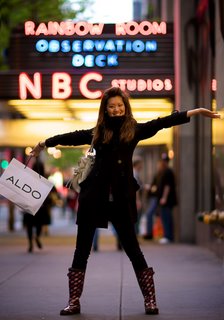 We have just arrived in New York City and are ready for at least ten concerts in NYC and two concerts in Washington DC.

The first concert will be held at The Gershwin Hotel (7 E, 27 street) on Monday, May 11th at 7:30 PM. We're also proud to at the same time present this month's profiled artist, Catharina Chen. 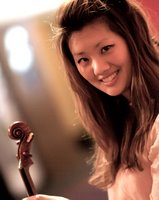 Catharina is a very talented violinist acknowledged for her charismatic playing both in Norway and abroad. Born in Oslo, Norway in 1985, Catharina began studying violin at the age of 5 with her father. Since the age of eight she has soloed with all major orchestras in Norway, including the Oslo Philharmonic Orchestra, Norwegian Radio Orchestra, Bergen Philharmonic Orchestra, Trondheim Symphony Orchestra, Tromso Symphony Orchestra, Oslo Camerata, and ZKO-Zuricher Chamber Orchestre. Well known to Norwegians through television and radio broadcast programs, Catharina is the recipient of numerous awards, and the youngest musician in Norway ever to be awarded the highly respected and prestigious Oslo City Culture Prize.

In addition to Catharina, Aksel Kolstad (piano), Nicholas Gallas (clarinet) and Michelle Alexandra (actress) will perform on both The Gershwin Hotel (May 11th) and Caffe Vivaldi (May 12th at 8:45 PM and on Thursday, May 14th at 7:30)

On May 17th, Aksel and Catharina will perform twice on Norway's national day at the Norwegian seamen's church i NYC. We're proud to take part of this great tradition.

For updated concert schedule, please visit our website.
You can also sign up for concert alerts there.
All concerts in the US are free.

We're busy rehersing as well as going to meetings with our associates and partners in the US.
We also got time for a little photoshoot to kick off our US tour!
Pictures from the concerts will be published in our media center. 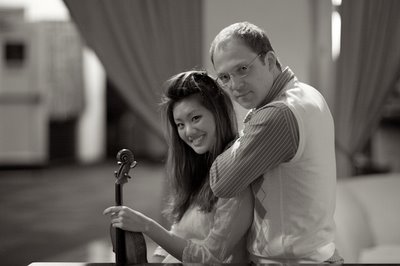 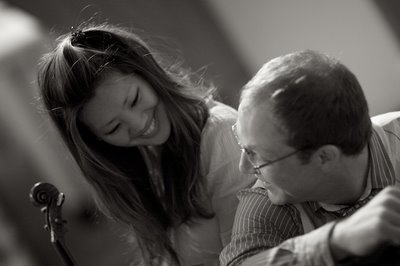 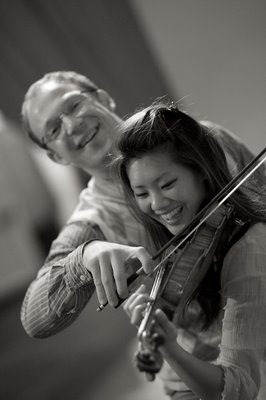 Michelle Alexandra is a young and upcoming Norwegian-American actress with an already well established name in both theatre, film and musical productions.

PS! Don't miss the concert at Café Frölich in Oslo May 6th at 8 PM with
Amelie Lied Haga, violin and Christian Hundsnes, piano.

The history of Café de Concert

Café de Concert began a few days before the 19th of June 2003 when Aksel Kolstad together with a colleague performed live on Midt i Musikken, a classical music program on NRK radio P2. During the program, the trial concert was announced, to be held at Kastanjen restaurant on Bygdøy Allé in Oslo.
Read more...

Café de Concert had a pretty wide range the past four weeks...!!
...
October was a party month!
We had quite the blast last Saturday with one heck of a party at Café de Concert!! ​Aksel went bananas at a kid´s party earlier......

SUPorama SURFmania
What a wonderful day we had at Tjuvholmen last week with TONS of awesome people SUPing around the clock!! Our boys from EB85 and a lot of cool SUP lovers showing off ou...

Some highlights from winter / spring
...

Two cribs!
Sunday dance performances on fire at Tjuvholmen while star journalist (and pianist) Maren Ørstavik is trying out the new place! (Follow the surf board)...

Pre Summer Bonanza!!
A lot of SUP with awesome people, a lot of concerts with wonderful musicians, dance performances with kick ass dancers, a lot of events and a whole lot of shit that we...
Need to be Superman to keep up with March Madness...
...
February check!
Aksel's get together was a blast, with lots of cool, international people attending, this we like!! Aksel was spinning around on fire as usual, this time too fast to capture even for the camera! We at...